Megan Looney-Hollingsworth, co-chairperson for the Spring Arts and Culture Festival, says there are more than 45 virtual and online events this year. Here is a short list of what she’s looking forward to:

March 7 — Nationally acclaimed writer and artist Lauren Redniss will give a talk titled “The Intersection between Art, Science and Storytelling” at Crystal Bridges Museum of American Art. The research for her books leads her to the far reaches of the globe, and she has interviewed atomic bomb survivors in Hiroshima, weapon specialists on the Nevada desert, a lighthouse keeper in the foggiest place on earth, lightning strike victims, and the scientists who run the “Doomsday Vault” in the Arctic and more, 5:30-6:30 p.m. Free but tickets required at crystalbridges.org.

March 8 — Refugee Camps in America? Fort Chaffee and U.S. Refugee Policy Past and Present. Who is a refugee? Who determines this status? And how does it change over time? Using the arrival of Vietnamese refugees in Fort Chaffee in 1975 as an entry point, Dr. Jana K. Lipman, professor of history at Tulane University, will address these questions, 10:30-11:45 a.m. via Zoom.

March 8 — A Conversation with Local Brewers will explore the relationship between breweries and the communities that they’re in, 6:30 p.m., Bentonville Brewing Co., 901 S.W. 14th St. in Bentonville.

March 9 — Interdependence Through the Lenses: Three award-winning photographers — Ebony Blevins, a Black photographer from Little Rock; Carmen Carcoma, a Latinx photographer from Springdale; and Cody Hammer, an Indigenous photographer from Oklahoma — will discuss how their cultures support and are featured in their work, noon to 1:15 p.m., Integrated Design Lab 122 on the NWACC campus.

March 11 — Build a Bed for a Child in Need in partnership with the Northwest Arkansas chapter of Sleep in Heavenly Peace, 9 a.m. to noon, Integrated Design Lab 132, NWACC campus.

Interdependence is the theme for the Spring Arts and Cultural Festival hosted by Northwest Arkansas Community College in Bentonville. “We do not exist in a vacuum. Every action we take, no matter how small, leaves an imprint on us, our community, and our world,” reads the event description. From March 7 to March 11, people from the college and the community are invited to consider the way our lives and actions affect and change our world and the world at large.

“The last two years of the pandemic have illustrated just how interconnected our world is, and we wanted to explore those connections with this year’s festival,” explains Megan Looney-Hollingsworth, professor of English and co-chairperson of the event. “While the festival has always celebrated interdisciplinary events, we wanted to focus even more on events that examined connections within and between disciplines, industries and communities. We invited people from the college and the community to submit proposals for events that explored the idea of interdependence in some way.”

“The festival schedule is packed with events for all ages and interests — including virtual story time sessions with Bentonville Public Library, yoga classes with Yoga Story, hands-on workshops with practicing artists, and panels, talks and performances on a wide range of topics. Events are free and open to the public, except where noted on the schedule. We invite everyone to check out the full festival schedule at www.nwacc.edu/springartsculturalfestival,” she adds.

From bringing together NWACC musicians, community musicians and organizing the multi-instrumental performance, the theme of interdependence will resonant throughout “Are You ‘In C’,” a musical performance that is part of the festival. The concert begins at 7 p.m. March 10 in the Contemporary Gallery at Crystal Bridges Museum of American Art.

“The performance is going to basically reflect on the theme and connect to the theme as well,” explains Manchusa Loungsangroong, a clarinetist who is part of the adjunct music faculty at NWACC. For “In C”, Loungsangroong explains, “each musician is asked to perform independently, and they have to follow the score. But they do have the freedom to play each pattern however they would like.

“The score has 53 patterns provided by the composer. Each pattern, the performers can repeat as many times as they would like, and they can move on to the next pattern whenever they like. So it’s very independent in that way, almost like improv style,” she goes on. “But each time they change something — each time they repeat or each time they move on to the next pattern — it changes the effect or the sound of the whole ensemble. So I can see the relation between this piece and the theme, in terms of everybody is individually playing their part. But together, their sound actually affects the whole ensemble sound. Just like the interdependence theme.”

The 1964 composition was written by Terry Riley, whom Loungsangroong describes as one of the “most famous minimalist music figures in the states. ‘In C’ is one of the earliest pieces for this style, for this genre of music,” she shares. “The score calls for 35 musicians. It can be smaller, it can be larger, but the composer thinks 35 layers of sound would be the best number for the ensemble. It can consist of any instruments, and can also be joined by a vocalist as well.”

For the festival, Loungsangroong enlisted the help of Katy Henriksen of the Trillium Salon Series to connect with musicians in the community. She says this is the largest musical performance that she has arranged in her career.

“I am very grateful that we have partnered with the Trillium Salon Series because [Henriksen] has a really great connection with local musicians who are not only traditional, conventional classical musicians, but more experienced in experimental music, so she can connect and invite those musicians to join.”

Loungsangroong adds: “I think this is a great opportunity for NWACC students to meet professionals in the area, so they can make connections and network.”

Henriksen will host the performance and was integral in syncing up the event. In her work with Trillium Salon Series, she seeks to help the audience connect with the music. The theme of interdependence naturally aligns with her organization as well.

“Trillium’s mission is to connect our community and whether that’s through connecting the musicians or connecting people who appreciate live music, to create community, that’s what it’s all about,” Henriksen explains. “I thought it was a perfect chance for Trillium to really use that mission to produce something large scale. Also because the work is such a seminal piece of minimalist music. It was such a great opportunity to bring the community together through music.” 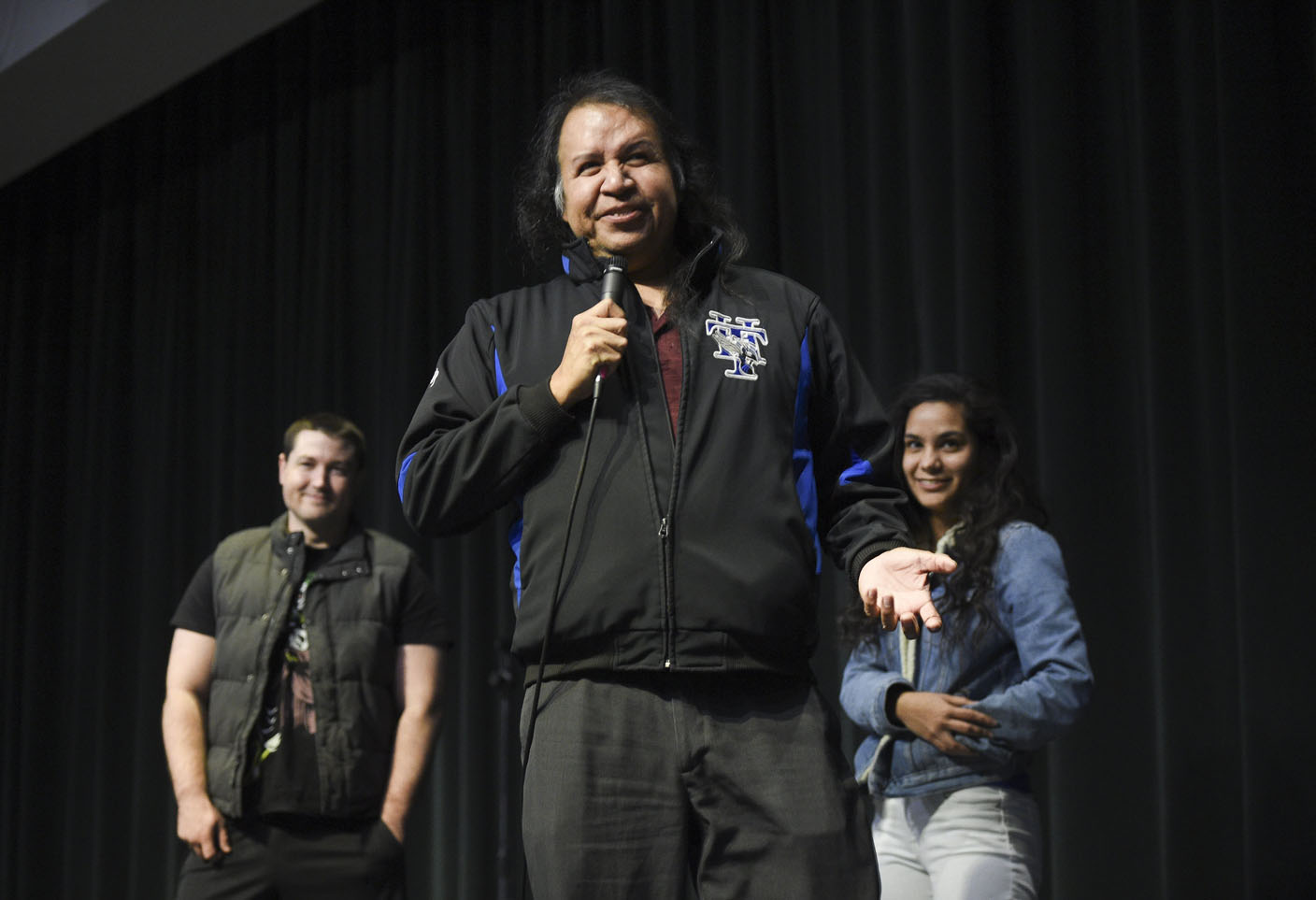 Robert Lewis, famed Native American storyteller of Cherokee Nation, speaks, Thursday, March 5, 2020 at the Northwest Arkansas Community College in Bentonville. Check out nwaonline.com/200306Daily/ for today’s photo gallery. (NWA Democrat-Gazette/Charlie Kaijo) Robert Lewis, famed Native American storyteller of Cherokee Nation, brought the worlds of different indigenous tribes to life for an audience through his interactive, audience-involved, story-telling. The speaking event was part of the college’s Spring Arts and Culture Festival a four-day, arts festival that brings together artists, academics, intellectuals and other members of the NWA and NWACC community. This year’s theme was 20/20 Vision, exploring how people secure a vision, respond to partial vision and struggle to be able to see. 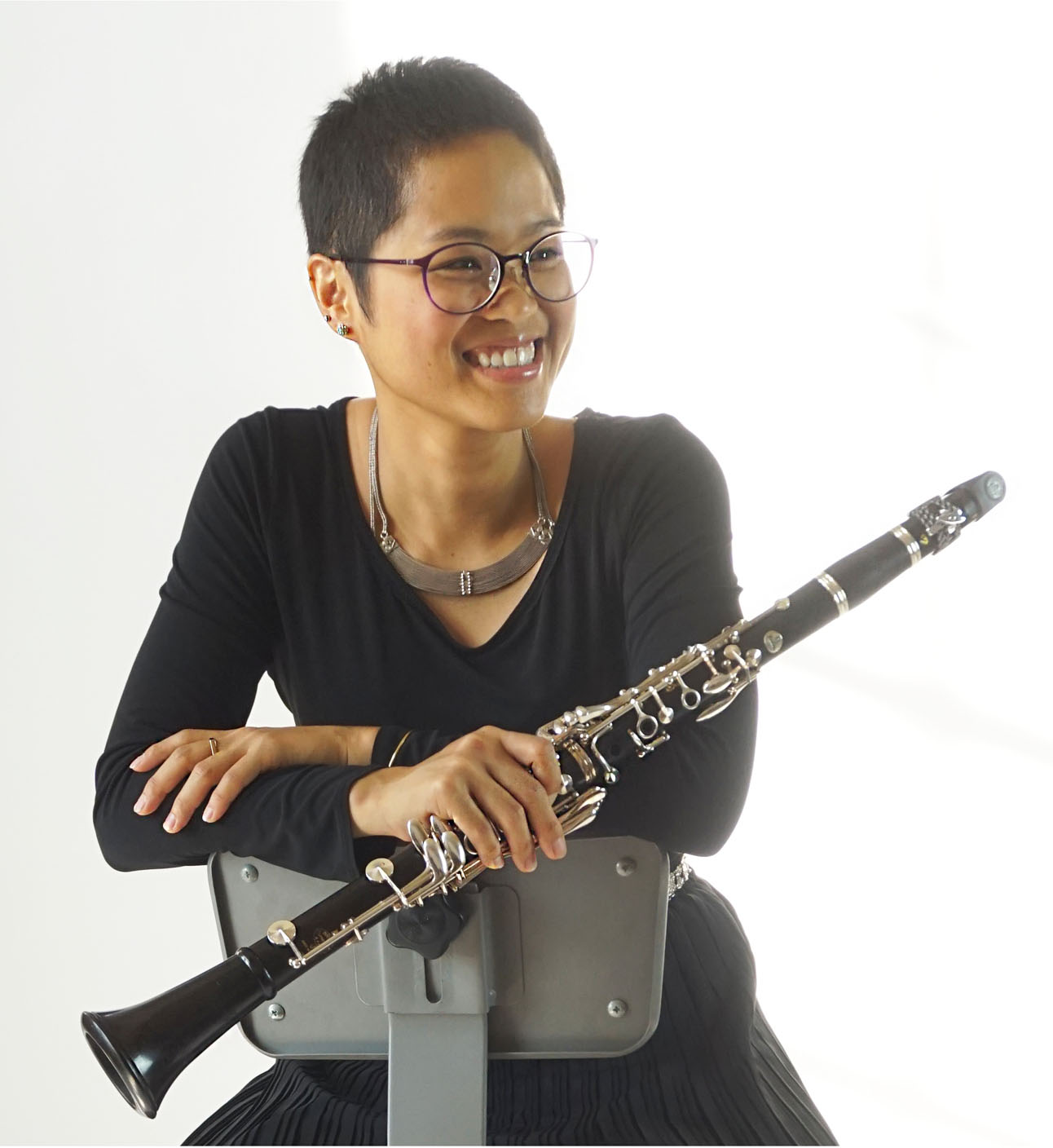 Manchusa Loungsangroong has partnered with Trillium Salon Series for “In C” March 10 at Crystal Bridges Museum of American Art. Part of the NWACC Spring Arts and Culture Festival, the event will feature Loungsangroong along with 30 other musicians performing Terry Riley’s definitive minimalist composition, “In C.” (Courtesy Photo)