CLEVELAND, Ohio — The Transformer Station gallery in Ohio City was a blur of activity last week.

The opening will follow two days of previews intended for out-of-town visitors and media, but also open to the public.

The triennial — which debuted in 2018 — is roaring back after having been delayed for a year in 2021 by the coronavirus pandemic.

The new FRONT will feature works by 100 artists at locations including the Cleveland Museum of Art, Cleveland Public Library, the Cleveland Institute of Art, the Akron Art Museum, the Allen Memorial Art Museum at Oberlin College, and even the Cleveland Clinic. Details are unfurling at frontart.org.

Mark your calendars: A free, opening-day July 16 block party from 2 to 6 p.m. at Public Square in downtown Cleveland will feature food trucks, live music performed by a half-dozen ensembles, and a finale performance led by Berlin-based FRONT artist Asad Raza.

The Transformer Station at 1460 W. 29th St., a repurposed landmark that once powered electric streetcars on the city’s West Side, will serve as the headquarters for this year’s FRONT, in part as a response to comments that the sprawling 2018 triennial lacked a central point of orientation.

Throughout the new triennial, the Transformer Station will function as a thematic hub, a visitor center, and a hangout with an upstairs lounge where visitors can pause and refresh while planning forays back and forth across the region in search of the latest and best the art world has to offer.

(Free parking near the gallery during FRONT’s initial weekend will be available at the Lutheran Hospital parking lot between West 25th and West 28th streets, north of Franklin Boulevard. Paid public parking is also available in the Church and State garage at 1436 Church Ave.)

Last week, amid drilling, hammering, and the creak of wooden crates being opened, FRONT’s founding CEO Fred Bidwell, who established the nonprofit gallery in 2013 with his wife, Laura Bidwell, was confident that everything was on schedule.

“This place is crawling with people but it’s transforming literally as we speak,’’ he said in an interview with cleveland.com and The Plain Dealer. “It’s all happening in a good way.”

Their project is comprised of two hollow rectangular beams of black-painted steel and aluminum that can be spun like telescopes on turntables mounted in towers of X-braced aluminum trusses rising 24 feet to the gallery ceiling.

By turning the beams on their mounts, viewers activate belts inside the towers that raise or lower an interconnected system of digital projectors and screens that block or reveal fragments of writings by the Colombian novelist Gabriel Garcia Marquez that are projected on the gallery walls.

Oppenheimer said in an interview that she was inspired in part by news reports on redacted documents in Special Counsel Robert Mueller’s investigation into alleged coordination with Russia by former President Donald Trump’s 2016 campaign.

“If we’re playing with ideas of absence and presence in [a] text, that has a whole host of social connotations,’’ Oppenheimer said. “What does it mean to redact text, to make text legible differently, to re-author it, to rewrite it?”

Other highlights of the new FRONT include an installation at the Main Branch of the Cleveland Public Library by New York-based artist Jace Clayton in which visitors can share audio files of their own choosing by connecting cellphones or other digital devices via Bluetooth or audio jacks to 40 audio speakers arranged in a semicircle.

In the atrium of the Samson Pavilion at the Cleveland Clinic and Case Western Reserve University Health Education Campus at East 93rd Street and Chester Avenue, FRONT will display films, videos, and performances by a number of artists. The exhibits will highlight what FRONT describes as “the potential that storytelling holds for developing a more holistic understanding of healing practices and care work.”

At the Cleveland Museum of Art, FRONT exhibits will include a show of works chosen from the museum’s permanent collection by widely respected artist Julie Mehretu. It will be the first collaboration of its kind between the museum and a contemporary artist.

Mehretu, who paints large, complex, abstractions suggesting high-velocity movement through space, has also accepted a FRONT commission to create a towering mural over the coming year on the 282-foot-high south façade of the Standard Building overlooking Public Square. She’ll visit Cleveland in early October to engage with city residents over the project.

FRONT has turned over the entire Museum of Contemporary Art Cleveland to Cleveland native Renée Green, now based in New York and Somerville, Massachusetts. Her show will interweave her own works, with what is described as works by “a vast array of invited participants with whom she’s been in conversation through the years.”

The first FRONT four years ago was designed to introduce the art world to Cleveland and vice versa. Bidwell saw the triennial as a way to flood the city with global art, and to bring the eyes of the world to a region far more richly endowed with cultural institutions than outsiders (and some locals) realize.

Wisconsin-based artist Michelle Grabner, who led the inaugural FRONT as its artistic director, explored the theme of “An American City.’’ The exhibition invited artists to respond to Cleveland as the heart of an urban region confronting growth and decay, ruin and revival, sprawl and segregation, opportunity and injustice.

Prem Krishnamurthy, a designer, teacher, and curator based in New York and Berlin, is the artistic director for this year’s FRONT. He and members of an extensive local and international team of curators and advisors took inspiration from the idea that amid trauma and conflict, art can be a solace, a refuge, and at times a much-needed source of bliss.

“We’re experiencing a global climate catastrophe and crisis; we have economic and social injustice across all levels across the world; we have migration problems; we have everything,’’ he said last week at Transformer Station.

The show’s title, “Oh, Gods of Dust and Rainbows,’’ comes from a Langston Hughes poem imploring readers “to see That without the dust the rainbow Would not be.”

If FRONT’s theme of art as therapy seemed prescient when it was announced in January 2020, it became even more so as COVID lockdowns ensued across the U.S. just two months later.

The police killing of Breonna Taylor in March 2020 and the police murder of George Floyd two months after that painfully raised the issue of violent law enforcement against Blacks – a topic explored in the 2018 FRONT by artists responding to the police killing of Cleveland’s 12-year-old Tamir Rice in 2014.

In January 2021, a violent mob attacked the U.S. Capitol, seeking to block the orderly transition of power after Joseph Biden’s victory over Trump in the 2020 presidential election.

It’s a fraught moment for the arts. Audiences are seemingly primed and ready to pounce on transgressions. With a war in Ukraine and a culture war that’s on full boil in America over abortion and guns, land mines and trip wires are ready to be triggered everywhere.

In Northeast Ohio, the Akron Art Museum and MOCA Cleveland are still recovering two years after race-related controversies led to the resignation of their directors.

The dangers of making a cultural misstep have been underscored anew by the current Documenta exhibit in Kassel, Germany, a high-profile global event that helped inspire FRONT. After an outcry from German and Israeli lawmakers and diplomats, organizers removed an artwork widely interpreted as antisemitic.

Bidwell is mindful of the risks involved in displaying contemporary art that might prove offensive, but he’d rather see an artist make a mistake and have a piece quickly withdrawn, as at Documenta, than be overly cautious.

“I’d rather see that than a bland show of trophy art taken off the checklist of internationally accepted artworks that is very expected, very safe, and takes no chances,” he said.

As it gears up for its opening, FRONT 2022 faces a number of challenges.

It needs to buttress itself as a not-to-miss presence on the international art calendar. It needs to match or surpass benchmarks including generating $31 million in economic impact and attendance of more than 227,000 in 2018, with 25% of visitors coming from out of town. And it needs to elevate local artists in meaningful ways that challenge art world hierarchies instead of reinforcing them.

Those are tall orders, but FRONT is ready, having raised the $5 million it needs to operate this year, 70% of which came from foundations, corporate, and private individual donations, 25% from government, and 5% from earned income.

Big ideas, prizes, and a symposium

For Krishnamurthy, the triennial is rooted in three principal ideas: the psychic benefits and dignity of making art as a daily practice and discipline, the need to share joy through music and movement, and the notion that artists can speak with power and influence political systems and structures.

Bidwell and Krishnamurthy also said the new FRONT has tried to reach its goals by working more collaboratively with participating institutions instead of employing a more centralized, top-down curatorial approach.

Other innovations include higher participation by local and regional artists, and the inauguration of a new FRONT fellowship for emerging Black, Latinx, Indigenous, Asian American, and Pacific Islander visual artists in Cuyahoga, Geauga, Lake, Lorain, Portage, or Summit counties,

Four winners will be announced July 14 at the triennial’s $450-a-ticket opening and fundraising gala. They will be awarded $25,000 in career-building stipends, plus money for research trips, and career-development services from triennial staff and partnering institutions. They also receive a berth in the 2025 triennial, funded separately from their stipend.

FRONT will coincide for the second time with the CAN Triennial, a regional exhibition organized by the nonprofit Collective Arts Network that will run from July 8 to Oct. 2. It will involve works by scores of artists at dozens of venues across the region. Details are available at cantriennial.org.

He said bringing artists from around the world to Cleveland “is the draw and always will be the draw.’’ But he said that “getting a sense of the ethos of Cleveland, the [artistic] ecosystem — that’s something people were looking for. Having that insight and bringing that into this show was really important.”

The role of art museums in their communities will be explored in a two-day Art Futures Summit on Friday, Sept. 16 at the Clinic-CWRU Samson Pavilion in partnership with CWRU’s art history department. Community workshops and a keynote will follow on Sept. 17. Among other things, the summit will examine the fallout from the recent controversies at MOCA Cleveland and the Akron Art Museum.

As they looked ahead to the launch of the new FRONT, Bidwell and Krishnamurthy projected energy and excitement, along with high hopes that the show will engage new audiences and raise Cleveland’s profile as a cultural community of consequence.

“I don’t think you can change the world in one exhibition, in one grand gesture,’’ Krishnamurthy said. “You just have to keep going at it one day after another.”

10 Ways to Get Your Kids Outdoors This Summer

Sun Jul 24 , 2022
Summertime is a great opportunity to get your kids outdoors and active. But for parents, it can be tough to find ways to keep them busy and entertained. Calendar – Calendar Luckily, there are plenty of outdoor activities for you and your child to choose from. Whether it’s taking a […] 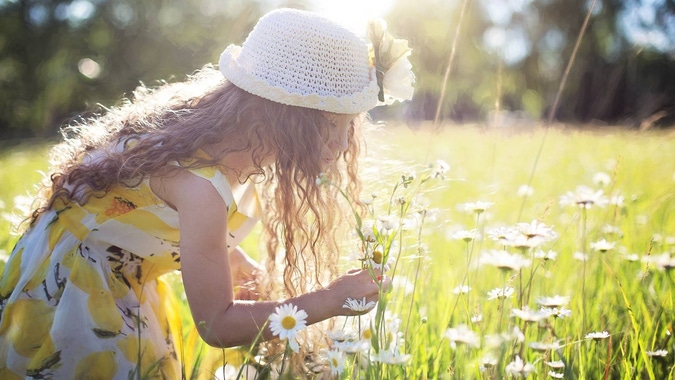