FAYETTEVILLE — The city wants to get serious about its artistic endeavors.

The discussion on creating an arts and culture position with the city started in 2019 when then-Council Member Sarah Marsh asked to include it in the budget. The City Council passed the 2020 budget without the position, but administrators say the time is right to include it in next year’s budget.

The City Council approved its budget for next year Tuesday with more than 24 new full-time-equivalent positions. Among them is a director of arts and culture. Council members in past meetings expressed support for creating the position, and no one from the public voiced opposition.

The budget includes $118,984 for personnel associated with the arts and culture program. It also has $97,124 for services and charges, meaning contracts with outside entities, and $3,350 for materials and supplies.

The city hopes to finalize a job description next month and take applications soon after. The position will fall under the Parks and Recreation Department.

Alison Jumper, the city’s director of parks, natural resources and cultural affairs, said the person hired will provide leadership in creating a program for community arts and culture. Helping to develop an arts and culture master plan for the city will be a key goal in the program, she said.

The city may hire a consultant to come up with the master plan, Jumper said. Before then, the city will need to work out what points the plan should address, and the arts and culture director will help lead that effort, she said.

The director also will work with other city departments on opportunities for art, Jumper said. For example, sculptures or murals could be incorporated into street projects.

Administrators haven’t come up with a salary for the position, Jumper said.

“Fayetteville has a unique vibe. I think this person will really just help grow that,” she said. “They’ll be a liaison for regional art services, too.”

The city is negotiating an agreement on arts development with Creative Arkansas Community Hub and Exchange, a nonprofit that is part of the Northwest Arkansas Council and funded by the Walton Family Foundation. The agreement will provide a collaborative planning environment with neighboring cities covering a variety of the arts, said Susan Norton, the city’s chief of staff.

Kelsey Howard, program director for CACHE, said the organization tries to help cities work together to promote the arts while recognizing what makes each city unique. The group connects city leaders with national experts and best practices in public art, such as templates for contracts with artists, she said.

Howard referred to the organization’s services as cohort learning, where cities consult experts one-on-one to get advice on what to do in their cities — like urban planning, but for the arts.

The organization also provides artists with resources. A city’s art scene can thrive only if its artists have opportunities and access to what they need to create their work, such as studios, equipment, venues and a network of artists with whom to collaborate, she said.

Providing those resources keeps artists working in their cities, Howard said. She referred to the strategy as a cauldron of innovation.

“We’re trying to connect folks and help them tap into their own creativity, which is stronger when it’s done in an interconnected way,” Howard said. “The talent is here, the growth is already happening. We see our value in the community as bringing people together to continue that growth maybe in a way that’s different than it ever has been.”

Rogers has had an arts and culture coordinator, Anna Watson, since April 2020. Watson is paid $37.27 an hour through a combination of city money and a three-year, $142,625 grant from the Walton Family Foundation.

Watson said she works on a wide range of projects to support the local creative economy and expand access to arts and culture experiences. Her cultural planning efforts touch on public art, performance art and culinary and wellness spaces, she said.

“No two days are exactly alike,” she said. “One day, I’m meeting with community partners to build the first city-led cultural plan in the region, and the next I’m working with artists to bring public art to beloved community spaces. You might find me downtown overseeing one of our free community concerts at Railyard Live.”

Fayetteville’s Arts Council has been pushing the city to put money in the budget for arts-dedicated staff and resources for a few years. The council helps local artists connect with the city on various art opportunities, such as murals, sculptures and musical performances.

Bob Stafford, past chairman of the council, said he hopes the arts and culture director will help the city’s economy thrive. The arts can serve as a top economic driver in a city, promoting tourism, attracting artists and creatives to set up shop in the city and generally improving the quality of life, he said.

The director also should support and develop local talent, Stafford said. The city should be regarded as the creative center of Northwest Arkansas, he said.

“There is talent here, it just needs to be developed,” Stafford said. “We just need to give people opportunities, and I hope this position will help drive that.” 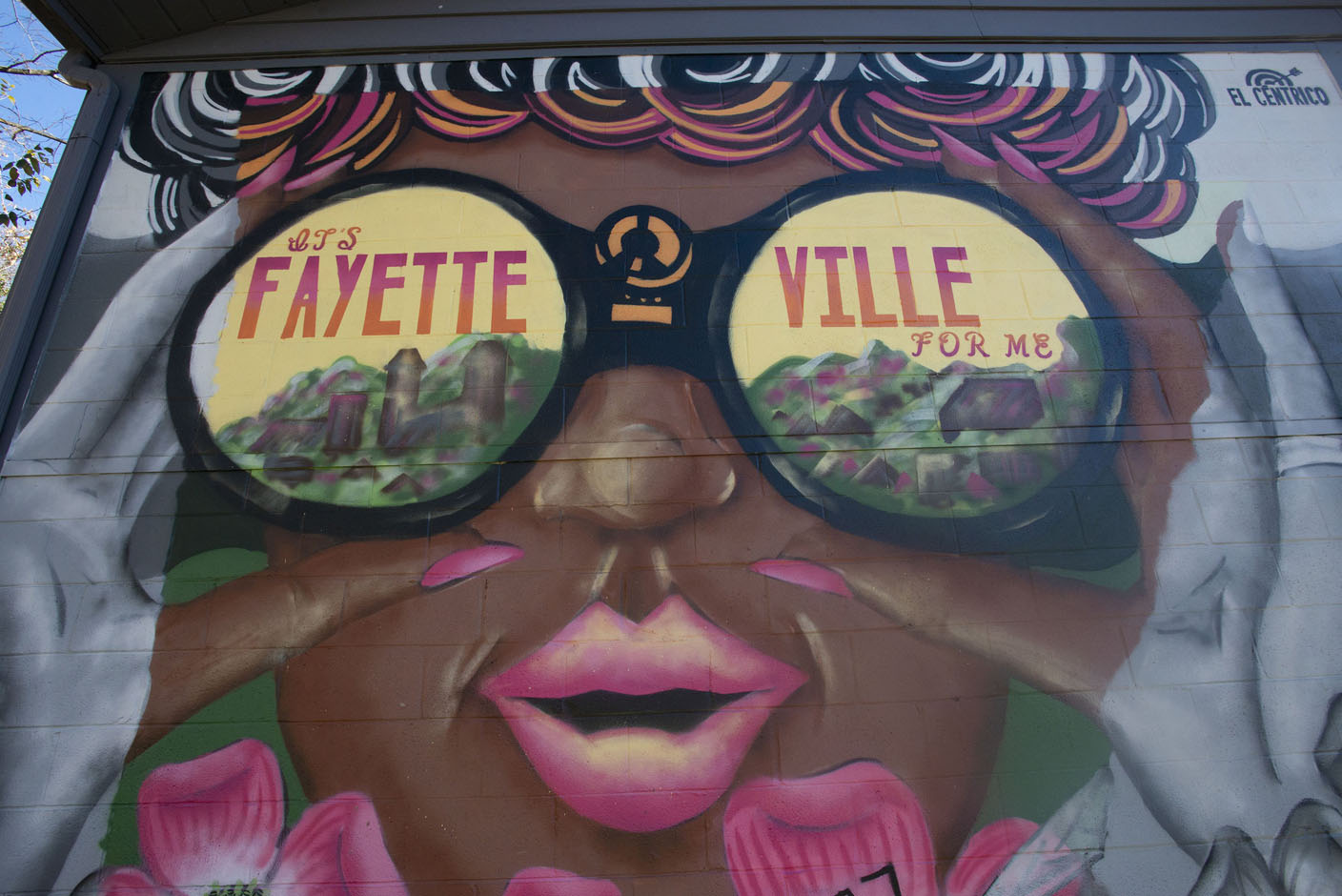 A mural, seen here Wednesday Dec. 8, 2021, titled, It’s Fayetteville for Me, painted this year by artist Austin Floyd adorns a wall of an apartment complex on South Church Avenue in Fayetteville. The city plans to put more than $219,000 in the budget next year to create an arts and culture program, which will involve hiring a director of arts and culture and contracting with Creative Arkansas Community Hub and Exchange on collaborative planning of art. Visit nwaonline.com/211213Daily/ (NWA Democrat-Gazette/J.T. Wampler)

To learn more about the Creative Arkansas Community Hub and Exchange, go to: