With Italy reopening to tourists, which city should be first on your wishlist? Let Tim Jepson be your guide

No list of top-ranked cities is definitive, but what fun to compile one. And not just any list, but a list of cities you’d want to visit, even live in; a list that in Italy, with 20 such cities and counting, sees you spoilt for choice.

What Italians call a city (una città) we might call a town (un paese), in part a legacy of Italy’s medieval city states – once a city, always a city – even if these “cities” today are not what they were.

One or two of these former cities I have included; others, such as Lucca, Matera, Urbino and Ravenna – for all that they are superb places to visit – are more up for debate.

Ranking is subjective, of course. Over the course of 40 years I have lived in Rome and Venice and visited my 20 cities multiple times. I bring my prejudices to bear.

Others will have different passions and rank cities accordingly. Shoppers will relish Milan more than I do. Gastronomes will place Bologna higher. Those who love Italy’s earthier Latin cities will favour Naples and Palermo.

And then there’s the Big Three: Rome, Florence and Venice. In normal times these cities are some of the world’s busiest, and visiting can be dispiriting, as anyone who has endured the crush of the Sistine Chapel, St Mark’s Basilica, or the Uffizi, among others, will know. So these are cities I rank with misgivings.

Padua suffered at the hands of Allied bombers in the Second World War but somehow emerged from the raids with one of the country’s finest artistic creations – Giotto’s 14th-century fresco cycle in the Cappella Scrovegni – miraculously intact. It also has a fine ensemble of civic museums and a shrine, the Basilica di Sant’Antonio, to one of Italy’s foremost saints, Anthony of Padua. But the proliferation of the modern amid the medieval remains a sad reminder of all the city has lost.

Genoa has its fans, those who relish honest working ports with a gritty edge, a briny charm and earthy local neighbourhoods. But this is a hard city to love outside its labyrinthine historic core of narrow alleys, churches, and 18th-century palaces, its medieval and later charms tempered by a fractured waterfront – partially redeemed by one of Europe’s finest aquariums – and an often down-at-heel hinterland.

Don’t be fooled: Lecce might often be described as the “Florence of the Baroque”, but it’s an overpitched claim. True, churches such as Santa Croce and the Duomo are magnificent, and the decorative details of many buildings are masterpieces of beautifully carved golden stone. But the gems are scattered, and while much of the city is pleasant enough to wander, it’s a place that can be happily explored in a morning.

Pity Pisa and its strategic importance, which saw Allied bombs rain down in 1943, destroying much of the city’s historic fabric while – miraculously – sparing the Leaning Tower and the adjacent cathedral and Baptistery. The Arno river adds charm, a large student population supports a lively nightlife, and corners of medieval interest survive, but beyond that glorious ensemble around the Tower, Pisa is a likeable but largely workaday city.

Trieste bears the historic, cultural and architectural stamp of the Austro-Hungarian Empire, of which it was a part until it was surrendered to Italy after the First World War. While its scale and grandeur are those of an imperial capital, today it is a place curiously apart, a city where daily life combines the Italian and the more exotic, where you can eat both pasta and goulash: a city, in short, like no other in Europe.

Modena? Who goes to Modena? Petrol-heads, for one, because this is Italy’s motor city, its hinterland the past or present home of Ferrari, Bugatti, Maserati, Lamborghini and more. Many of the marques offer factory tours and have sleek museums filled with covetable classic cars. The city itself is otherwise unsung, yet it contains one of northern Italy’s finest cathedrals, an immense ducal palace and – in the Mercato Albinelli – one of Europe’s loveliest food markets.

Navigate the suburbs and roads crowding its approaches and Umbria’s regional capital remains a simple hill town at heart, with Etruscan and Roman roots – and the remains to prove it – and an historic core filled with artistic and architectural masterpieces. Pride of place goes to the Palazzo dei Priori, one of Italy’s greatest civic palaces, home to a sequence of beautifully frescoed chambers and the Galleria Nazionale dell’Umbria, packed with Umbrian and other paintings.

Italy’s second city is brisk and businesslike. Modern and northern European in manner and appearance, its gods are design, fashion and finance – if you want to shop, there is nowhere better. Art and culture can seem marginalised, though opera at La Scala, the Duomo and Brera art gallery – second only in northern Italy to Venice’s Accademia – provide dazzling exceptions, and Leonardo’s Last Supper, for all its faded splendour, remains a point of artistic pilgrimage.

“Turin is not a city to make a fuss about,” complained the American writer Henry James in 1877, a still common perception of a place that if it is known at all is usually for its association with Fiat. Today the perception is wrong: the suburbs are still ugly, but Turin’s restored Baroque centre is as elegant as any in Europe, full of galleries and museums, parks and riverside walks, historic cafés, and – being close to truffle and wine country – some outstanding restaurants.

Judged on its food alone, Bologna would be among Italy’s highest-ranked cities, for it is known as La Grassa, “The Fat”, after a culinary tradition that even other Italians acknowledge as one of the country’s finest. But this can be a challenging place in winter (fog, bitter cold) and high summer (debilitating heat) and the historic core – for all its pleasing arcades, piazzas, palaces and towers – is surprisingly small.

Big, bustling and a little battered, Palermo is not for the fainthearted, and its faded baroque grandeur not to all tastes. But it’s a city of vibrant character, tradition and history, filled with extraordinary monuments – not least the sublime Palazzo dei Normanni – to its past Arab, Norman and Spanish rulers. Magnificently decorated churches proliferate – don’t miss the cathedral at Monreale – alongside stranger sights such as the mummified bodies of the Catacombe dei Cappuccini.

Few cities in Italy are as quietly prosperous or devoted to the finer things in life as Parma. Refined and genteel, this is a place to shop for food and fashion, indulge in excellent restaurants, and explore the 11th-century cathedral and other monuments of a small but exquisite historic quarter. Leave time for the Palazzo Pilotta (1611), home to a beautiful Renaissance theatre and the Galleria Nazionale, with works by Leonardo da Vinci, Canaletto, Correggio and others.

Naples divides opinion. If your notion of Italy involves such Latin clichés as washing-hung streets and a degree of passionate chaos, this is the city for you. If not, you may want to avoid the heat and hustle, but you would be missing a place like no other, and one where the scenic and cultural attractions – Pompeii, the Museo Archeologico, the Amalfi Coast – are among Europe’s finest.

Vicenza is small and perfectly formed, but then what would you expect from a city scattered with buildings by Andrea Palladio (1508–1580), one of Europe’s most influential architects? Many of the master’s works survive, not least the Basilica and Teatro Olimpico, but even without them this would be an urbane little place to explore. Enjoy streets lined with elegant shops, restaurants and cafés, and enough museums, villas and gardens to keep you happy for a weekend or more.

Florence comes with qualifications – too big, too busy, for a start, and streets that can be surprisingly austere. But the art – can you have too much art? Or architecture? Of course not, though this a city that takes an effort to enjoy: you’ll need to book to see the Uffizi or David, for example, and only by walking away from the centre, to the streets of the Oltrarno district, say, or to the exquisite hill-top church of San Miniato, will you find a degree of peace.

Verona is northern Italy’s loveliest city after Venice, its historic quarter preserved within a broad curve of the River Adige, its ancient skyline little changed since Shakespeare imagined it as the setting for Romeo and Juliet. At its heart lie the old Roman amphitheatre, the magical setting for Italy’s finest opera festival, and two beautiful squares, Piazza Bra and Piazza dell’Erbe. Cafés and restaurants, and palaces, churches and galleries, provide all cultural and other temptations in abundance.

Mantua (Mantova) is Italy’s last great undiscovered city. Why it sees so few visitors is hard to know – no convenient airports, perhaps, or the fact that its medieval heyday was followed by centuries of obscurity. It is a wonderful, romantic city, threaded by canals and beautifully situated on a trio of tranquil lakes. It also has two of the finest historic sights in Europe, never mind Italy: the Palazzo Te and the still-more magnificent 500-room Palazzo Ducale.

Rome is without equal. No other city can match its artistic, historic, religious or architectural riches, and no other city presents such an intimidating sightseeing prospect. But it is also a city with a raft of modern problems and a weight of people that can make it seem too busy for comfort. And yet just as you are about to despair of the traffic or pollution, you’ll experience a moment of magic – the Colosseum by moonlight, say, or sunlight streaming into the Pantheon – and forgive the city its problematic present and see only its glorious past.

You could die happy without seeing most of the world’s cities – but never to have seen Venice? Of course it has problems, but ignore the naysayers, or at least approach the city at an oblique angle. Come in winter. Avoid St Mark’s on first acquaintance. Visit the periphery – Cannaregio and Castello in the north; the old Ghetto; the streets around Madonna dell’Orto. Explore the backwaters beyond San Giovanni in Bragora and around Campo San Giacomo dell’Orio. Venice will always be the world’s most beautiful city – these days you just have to work harder to enjoy it.

Siena is Italy’s most perfect medieval city. Steeped in art and history, and still bound within its walls, it is a seductive medley of the intimate and the grandiose, of soaring churches and sleepy squares. From the Campo, its glorious main piazza, to a labyrinth of picture-prefect streets, it is neither too big nor small; a city still linked to its past – witness its centuries-old Palio horse race – but with a timeless sense of community that makes it an eminently civilised place to live, and to visit, in the present.

Thu Jun 25 , 2020
At INDULGE, we like to think outside the box. For our team, it’s all about the stories behind the people belonging to our diverse community that we feature in every issue and now as part of our limited editorial series MOSAIC. In the past four weeks, we have brought you […] 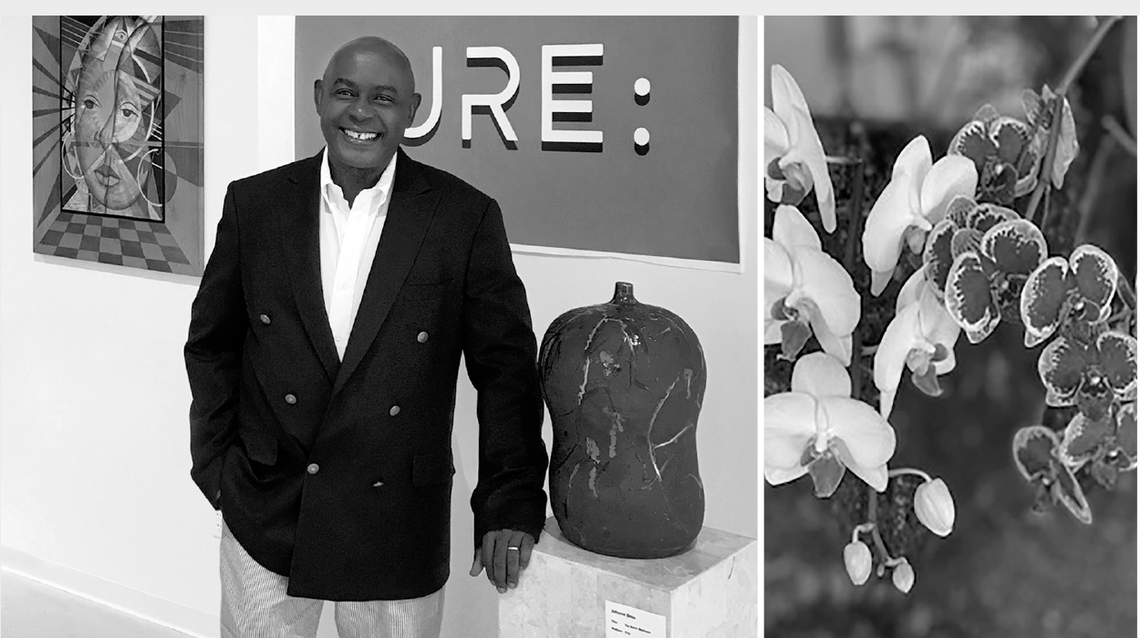