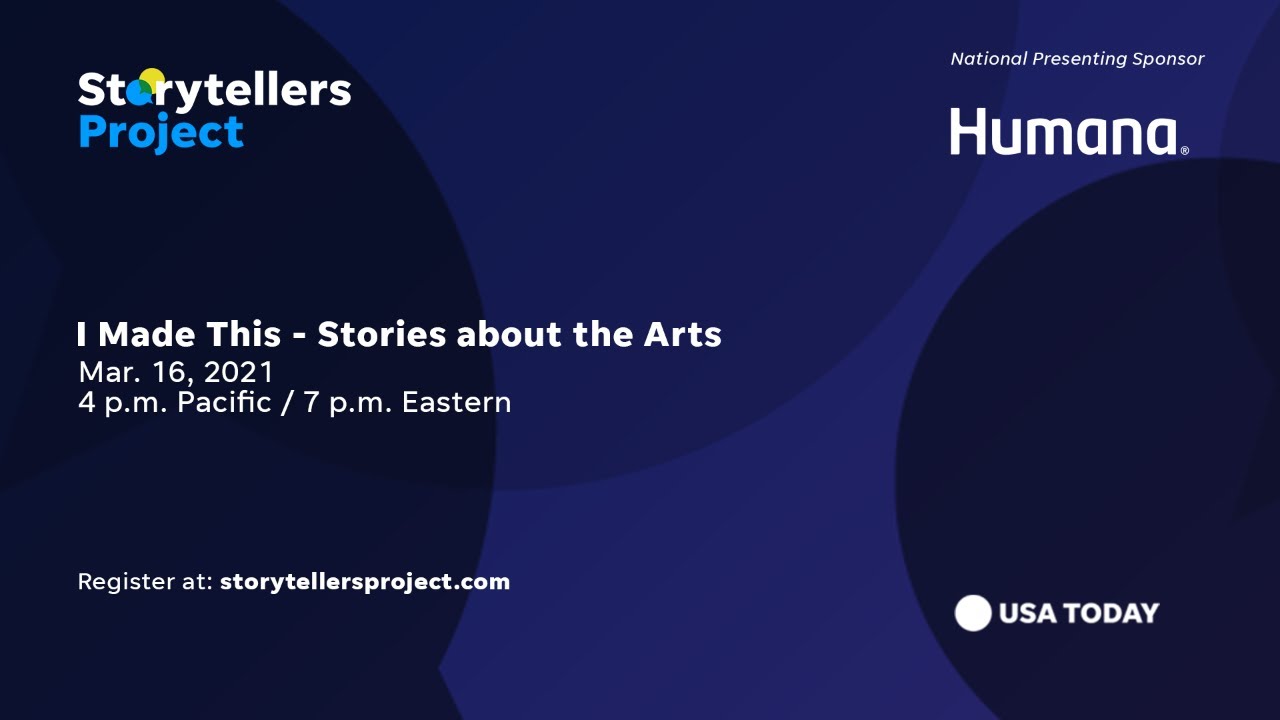 Art is all around us and this event explores the creatives behind the culture, as USA TODAY delivers an hour of true, first-person stories as part of the Storytellers Project’s show, “I Made This: Stories about the Arts.”

“I hope that people can get an understanding of how much my current album, ‘Heart Theory,’ has been a turning point for me in my career, and who I am as a person,” said storyteller Lindsay Ell, a 31-year old Canadian country singer living in Nashville.

The show will be held at 4 p.m. PT/7 p.m. ET on March 16. Register in advance to receive a reminder at https://www.storytellersproject.com/all-events and watch on the Storytellers Project’s Facebook page, YouTube channel or website.

Founder of The Make You Movement, Ell is a sexual assault survivor. Her foundation supports survivors of sexual assault and domestic abuse, and helps at-risk youth.

“After writing about my story as a little girl for the first time on this record, it’s been incredible to be able to start a foundation that focuses on victims of sexual violence and domestic abuse.”

Ell will be joined by:

“Art is not just about writing a song or doing a painting,” said Gould, who wrote and performed in “Seeing Stars.” “When we engage our inner artist — and we all have one — we can also use her to find creative ways of dealing with whatever falls apart in our lives.”

Her story is about heartbreak and reinvention.

“Sometimes the very things that break you open provide an opportunity to remake yourself in ways beyond your imagination,” said Gould, who has Stargardt disease, a form of macular degeneration.

Truitt’s story is about finding a career that he is passionate about.

“Listening to the film scores of John Williams (of “Star War” fame) inspired me to go into music. But along the way to becoming a professional tuba player, I realized that path wasn’t the right one for me and instead embraced journalism, once a hobby and now a job …,” he said.

Truitt experienced a full-circle moment when he interviewed his idol, Williams.

Through his personal story, Truitt said he hopes to convey that it’s OK to step away from a dream because there may be something better around the corner.

“I Made This: Stories about the Arts” is the third show of the Storytellers Project’s 2021 storytelling season, which includes 43 national and regional shows. The series features stories from across the United States told by people coached by USA TODAY Network journalists and professional storytelling experts.

WATCH: Episodes from the Storytellers Project

Learn more about the Storytellers Project and apply to tell a story at https://www.storytellersproject.com/.

Duke professor to give lecture on architecture of Nazi-occupied Krakow

Fri Mar 5 , 2021
Duke University professor Paul B. Jaskot is giving a lecture on Tuesday, March 16, about his use of digital tools to study architecture in the Krakow Ghetto during Nazi occupation. The event will be presented by the UNC Department of Art and Art History. Jaskot directs the Wired! Lab for Digital […]

Computer Store Near Me