A new art exhibit in Irving explores a transformational period in U.S. history, World War I, and how the struggles of those days shape the country even today.

The exhibit, “WW1 America,” examines the years between 1914 and 1919, the war and the battles that raged in the U.S., including a racial firestorm, the women’s suffrage movement and sharp disagreements about immigration.

“Although it was fought thousands of miles away, the war transformed the United States from a relatively provincial power on the world stage to a full-fledged global, military-industrial leader,” a description of the exhibit reads. “The American stage during and just after World War I witnessed sharp challenges to virtually every familiar boundary — those of citizenship, gender, race, class, nationality, generation, culture, not to mention traditional assumptions about foreign entanglements.”

Part of the National Endowment for the Humanities’ On the Road program, the exhibit includes large-scale photographs, artifacts, multimedia pieces and recreated settings such as a music shop and grocery store.

The exhibit runs through May 25 at the Irving Archives and Museum, 801 W. Irving Blvd. Reservations are required, but the Friends of the Irving Museums are covering admission costs while supplies last. When making a reservation online, visitors should enter the coupon code, “FRIENDS21.” 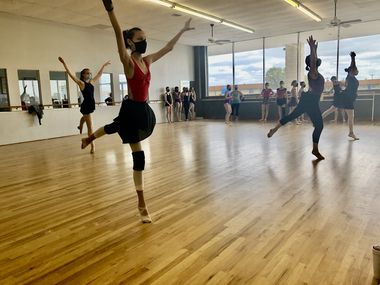 Tue Apr 20 , 2021
The departure of another Wadsworth Atheneum director couldn’t be more disquieting. I moved to Hartford 41 years ago to join the staff there as a curator and exhibition developer. I stayed for 17 years. I was a 25-year-old newly minted graduate student given a chance to realize a dream — […]